English
IMPORTANT NOTICE: Tickets available only online via the Park website. Check the weather forecast before purchasing. In case of bad weather the Skywalk closes, but the Park remains open for visiting.

The park can be used for organized and individual hiking.

Visitors can according to the mountain-map on the field visit many roads and trails:

A mountain-tourist map can be purchased at a cost of 45 kn at the park entrance reception, the info-center "Adrion - srce planine", Franjevački put 2A, Makarska.

Visitors on the basis of their physical abilities and according to their wishes can choose easy, medium heavy and heavy hiking tours and a combination of walking tours with transport.

Due to a lack of roads in Dalmatia in the 19th century, the Dalmatian Assembly recognised the mi litary and trade importance of a road that would connect the Makarska coastal area with the area inland of Mt. Biokovo and with Herzegovina, which was still under the Ottoman Empire. Works on the road, designed by Captain Gustav Blondein, began in 1876 under the auspices of Dalmatian governor Barun Gavril Rodić, a great advocate of its construction. For that reason, the road bears his name. The road was constructed by the 2nd Regiment of the Austro-Hungarian army, with the local population of the Makarska and Vrgorac regions volunteering in the works. The road led from Makarska over the Staza Pass to the village Kozica, where it was joined with the main Dal matian road (Zadar-Dubrovnik), and was 5.5 m wide and 32 km long, of which 16 km ran through the present day Biokovo Nature Park. Construction of the road cost 1.5 million forints, and it was officially opened on 30 May 1878. This road remained the main connecting route between the Ma karska coastal region with the Biokovo inland and Herzegovina right up until the 1970s, when the Makarska-Vrgorac main road was built.

Translation of the engraving on the monument at Kozica which was torn down after the World War II: "Ruling Franz Josip I Austrian Emperor future Governor Barun Gavril Rodić district head Knight Ivan Dr. Lužara this road named after Barun Rodić and designed by Captian Knight G. Blondein with the participation of the people was built by a company of 18 armoured 8 and 9 surveyor of the Second Regiment opened in the year 1878." 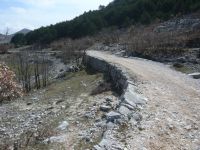 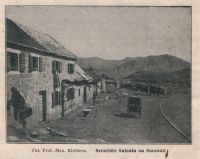 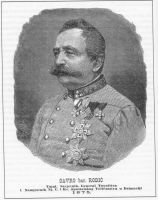 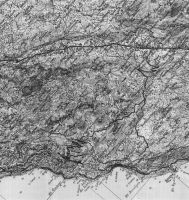 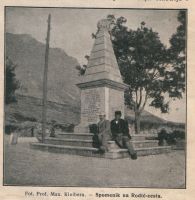 The French road over Brela

The road was built, more precisely laid out, on the steep slope of Mount Biokovo, between 357.41 and 443.73 metres above the sea level. Its incline does not exceed 6%, which was intended to make it accessible for travelling on horse carts or on horseback, as well as on foot.

The “French Road” is an exceptional contribution to the road engineering in the early 19 century. It was never finished, and thus it is possible to reconstruct the various stages of its construction: – a cut ramp for access to the site; the underpinning and sloping of the road by means of drywalls; the construction of the banks on one or both sides of the road; the stratification, with a layer of large rocks and a double layer of gravel of different degrees of fineness. One can well imagine the efforts made by both expert builders and the freshly trained work force who had to align the road at various locations at the same time, sometimes only to the foundation, shaped by an underpinning on the one side and an incision in the cliff on the other, or with walls on both sides of the road, which had to be filled in with rocks and gravel. 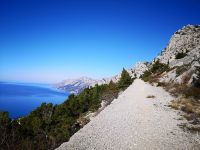 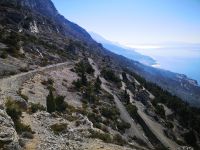 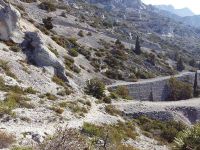 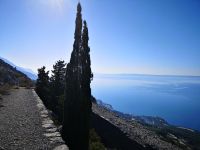 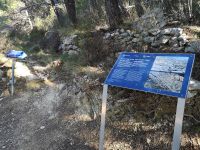 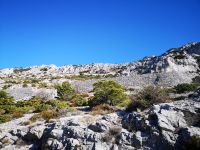